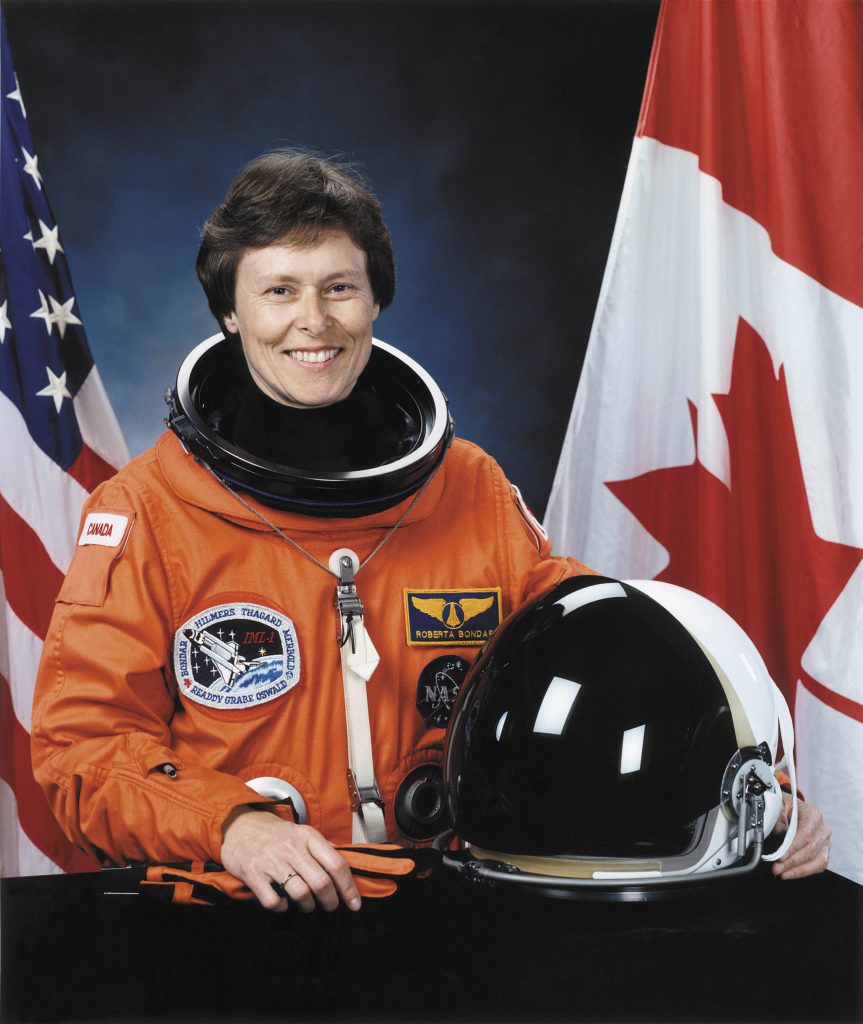 Roberta Bondar was the first Canadian woman and second Canadian astronaut to go into space. Roberta loved science from an early age, so much so that her father built her a laboratory in their basement. She pursued this passion throughout her education, receiving her Bachelor of Science in Zoology and Agriculture from the University of Guelph, her Master’s of Science in Experimental Pathology from Western University, her Doctorate in Neurobiology from University of Toronto, and her Doctor of Medicine from McMaster University.

It was also Roberta’s childhood dream to be an astronaut. She began her journey to space in 1984 as one of six Canadians selected to train at NASA, and continued on until she was chosen to partake on the Discovery Mission STS-42. Roberta left Earth on January 22, 1992, spending eight days in space before returning on January 30th. This mission made her the first Canadian woman in space, as well as the first neurologist in space. Her research during and after the mission focused on how astronauts neurologically endure space travel, and her findings would go on to help all future astronauts safely make the journey.

For her extensive work, Roberta has been awarded with over 22 honorary degrees. She has been inducted as an Officer of the Order of Canada and Order of Ontario, her name is in both the Canadian Medical Hall of Fame and the International Women’s Hall of Fame, and she has received the NASA Space Medal. She also accepted a position at Trent University in 2003, where she was the Chancellor until 2009.

Roberta was so inspired by her view of Earth from above that she decided to pursue landscape photography. Through this hobby, she has seen all the beauty that Earth has to offer up close and published two books to share her experiences. Through the Roberta Bondar Foundation, she continues to share her love of the outdoors and inspire others’ interest in the environment and environmental careers.