The expression “it’s cold enough to freeze the balls on a brass monkey” is often explained with reference to brass trays (allegedly called “monkeys”) holding pyramids of stacked cannon balls on the decks of warships during the Napoleonic wars. When the temperature fell the brass was said to freeze and the balls would roll off causing havoc. This has been disproven, not least because there is no evidence whatsoever that seamen, ever conscious of their own health and safety, stored cannonballs in such a ridiculous way. Besides, the association with the lower extremities is a modern variant: the expression more commonly used in the 19th century referenced freezing the noses or tails, and sometimes talking the ears off, a monkey. The mystery remains, though, why a “brass monkey”? In the 17th century there was a type of gun or cannon known by that name. Much more likely, though, is that the expression refers to the small brass monkeys that were sold to 19th century visitors to China and Japan; given that most would have arrived by sea perhaps there is a nautical connection after all.

Family leave is any negotiated or legislated provision of paid, partially paid or unpaid time off work that allows workers to achieve a better work/life balance by providing time to deal with family responsibilities. Although maternity leave has been the most dramatic breakthrough in Canada (watch the WHM video A Struggle to Remember for history and context), there are other important provisions like bereavement leave, care for a sick family member, care and nurturing of preschool children, etc. The list evolves as the needs, and social recognition of those needs, develop over time. 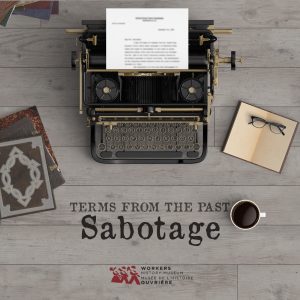 Is there any truth to the story that says “sabotage” originated in the practice of French workers tossing their wooden shoes (sabots) into machinery in labour protests?

It does have something to do with wooden shoes and did grow out of the labour movement in the 19th century. In 1897, two French anarchists coined the term “sabotage” in reference to a policy of work slowdowns and inefficiencies. It is based on the French verb “saboter” which originally meant making loud noises with wooden shoes (sabots). In 1907, it was written that “sabotage consists in going slow with the process of production when the bosses go slow with the same process in regard to wages.”

The Oxford English Dictionary says that sabotage means “the malicious damaging or destruction of an employer’s property by workmen during a strike or the like; hence gen. any disabling damage deliberately inflicted, esp. that carried out clandestinely in order to disrupt the economic or military resources of an enemy.” 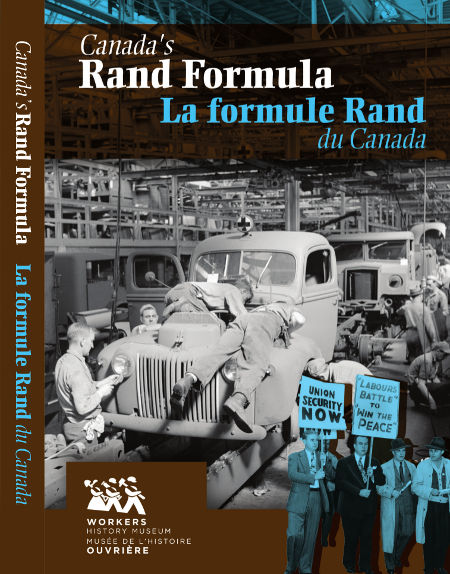 An important feature in Canadian labour-management relations is that those who benefit from the improvements negotiated by a union have to pay their share for gaining those benefits.

In 1949, after an historic 99 day strike at the Ford plant in Windsor, Ontario, Mr. Justice Ivan Rand (of the Ontario Supreme Court)was named arbitrator to settle the dispute between Ford and the United Auto Workers. Management took the position that it was under no legal obligation to negotiate with the union, even if a majority of employees wished it to. UAW took the position that, if the union was voted in, all employees should be obliged to be members of the union (closed shop). These “recognition” strikes had been a feature of many protracted and bitter disputes.

In a historic compromise, Justice Rand ordered that the company was obliged to recognize and deal with the democratically chosen union, in return for which they got a rule of no strikes during the life of the collective agreement. The union, while not getting a closed shop, got a provision that dues would be collected from all those covered, though no obligation was imposed on individuals to join.

This rule spread to all Canadian jurisdictions over several decades, and remains a cornerstone of the system that applies today.

A costermonger is a street seller or hawker of fruit and vegetables, usually sold from hand-pushed barrows or donkey-pulled carts. Costers were large, juicy apples grown primarily in Gloucestershire and Herefordshire and are first recorded in the 13th century. A “monger” was an old English word for someone who trades or sells (hence cheese-monger, fishmonger etc.). Henry Mayhew’s interviews with costermongers in mid-Victorian London reveals that many were harassed by the police (being told to “move on”) and took pride in wearing distinctive neckerchiefs.

“The London Costermonger”, an illustration from Henry Mayhew’s London Labour and the London Poor (1851) 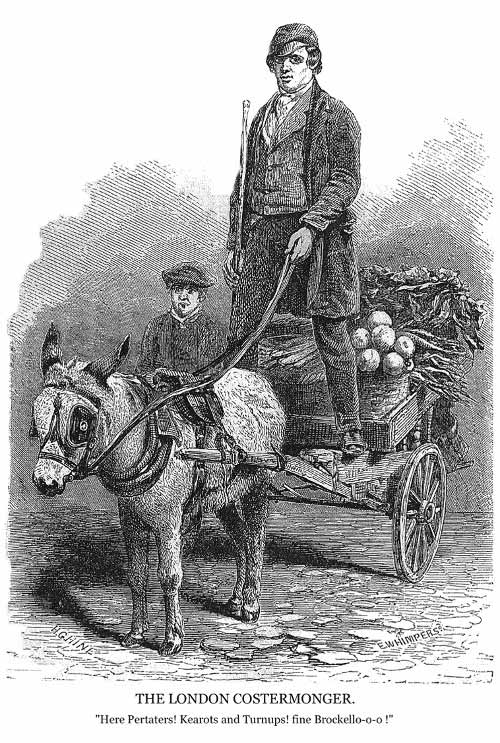 In the 1960s and early 1970s, rug-ranking was a personnel term used in the federal public service and covered several aspects of an employee’s work life. The main way this was used was in the calculation of a secretary’s wages. Secretaries were classified according to the rank of their bosses and not according to their own work. Often executive assistants or secretaries moved with their boss when they got promoted resulting in a pay raise for the assistants too.

The Public Service Alliance of Canada worked to remove rug-ranking from the Public Service and finally achieved this with the signing of a collective agreement in April 1978 covering the Secretarial, Stenographic and Typing group that resulted in a secretarial sub-group being converted to include four pay levels. There was also a significant retroactive pay increase back to 1976 for the entire group.

A red-circled position is held by an employee who is being paid more than the assigned pay scale rate for that position. Sounds great, doesn’t it? Well, not so much. Read on.

In the Canadian public service, a position is sometimes reclassified or converted to a group or level with a lower maximum rate of pay. Since it would clearly be unfair to reduce an employee’s pay, the employee retains his or her former pay level – called a “holding rate” – but no longer receives the regular pay increments of the old position, until the pay level and increments of the new position “catch up”. Meanwhile, the position he/she holds is “red-circled”.

The term is an official one. The Treasury Board website even helpfully provides the bilingual equivalent: “poste bloqué”. While nominally designed to protect the employee’s income, red-circling amounts to a pay freeze due to loss of increments. If the pay scale difference is large enough, the de facto freeze can last a long time and cause an otherwise happy employee to look for another position. Still, in the public service, it is a relatively benign practice.

In the business world, red circling is more sinister. A company that is doing well can be generous with its pay scales, only to discover later that their rivals are paying people less for the same job. Or, demand for a particular skill or trade can decrease and average salaries stagnate, so that, from the company’s point of view their employees are now “overpaid”. There is often little stopping a company – at least a non-unionized one – from red circling entire blocks of positions until the market demand forces them to resume pay increments. If the move brings the salaries affected within industry norms, employees suddenly frozen have no higher-paying place to go. Business school passages on the subject frown upon red circling, not because of its affect on the employees, but because it indicates that the company is poorly run; they have been sloppy in assigning pay, and were “paying the employee more than he is worth”. One business advice website caustically notes that “in better economic conditions, business leaders are often reluctant to deal with these situations”. Other legitimate reasons for a salary freeze, according to that source, include a project completed, a client takes their business elsewhere, or when a company’s leadership “decides to improve upon the current compensation philosophy”. It offers several handy tips on ways to determine if you are over-paying your employees.

There is also such as thing as a green-circling where – you guessed it! – the employee is paid less than the nominal rate for that position. This can occur where an employee is promoted up several ranks at once, but the employer is unwilling to boost the person’s pay by the requisite 20 or 30 percent. This too is frowned upon by the business advice websites. Not, apparently, because an employee is under-paid for new responsibilities, but because it can “cause legal problems” and “could look like discrimination…”. No, really?