What It Was Like Logging in Quebec in the 1940s

Before the age of chainsaws and logging trucks, farmers from Ontario—my father and I included—would travel to a logging camp in Quebec to earn additional money during the wintertime.

Memories of logging in Quebec in the 1940s

Back in 1943, when I was 17, I spent the winter logging in Quebec along with my father, Thomas A. Brown. As farmers, it was a good way to earn additional money to supplement our income. 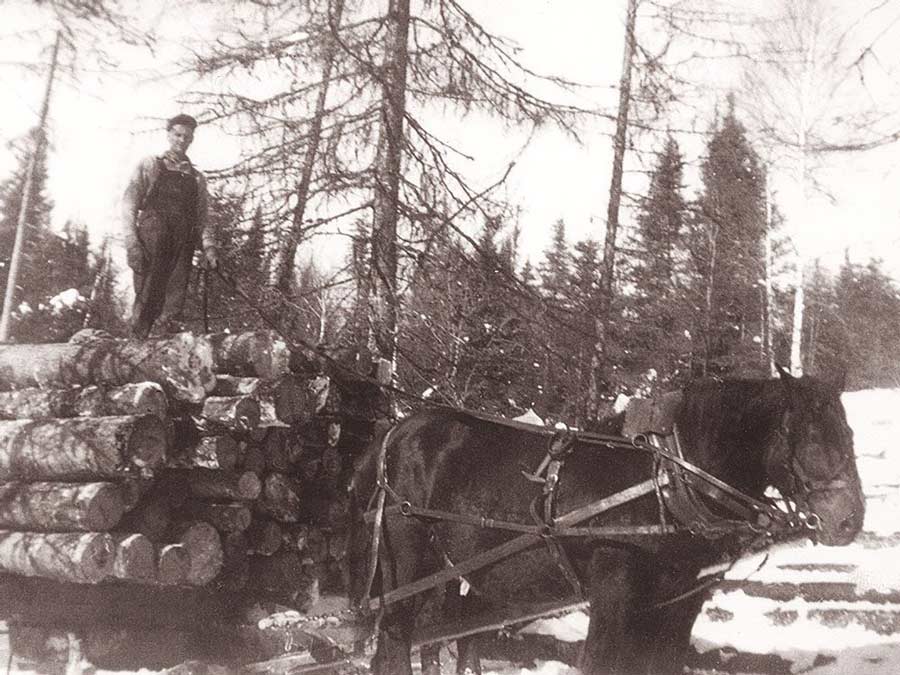 Come late October, an initial group of men including a foreman, cook and a few others, headed from Ontario to a logging camp located in Quebec, about two and a half miles up the Schyan River. This logging operation was run by the Gillies Brothers Lumbering Firm of Arnprior, Ont. This was before the age of chainsaws and logging trucks. In those days, a large flat-bottomed boat called a scow was used to transport bulk materials. It would bring the necessary goods to the camp across the river, where they would then be transported the rest of the way by horse and wagon. A week later, more men would arrive at the camp to begin cutting the logs.

The buildings at the camp consisted of an office for the foreman and clerk, a kitchen for eating, sleeping quarters for the men and for the horses, along with a blacksmith’s shop. The outside toilet was quite open, so you didn’t linger too long when the temperature was -20°F.

The men would work in groups of three—about three to five groups in total, depending on the size of the operation. The foreman would assign each group an area to work in. Two men would fell a tree, cut a 16-foot log from it, then cut another 16-foot log—or a bit shorter. We had to be sure the second log was at least eight inches in diameter at the small end, or a fine would be imposed on the company by the Quebec government. It was not easy to be sure of the size while looking up at the top of the tree from the ground. Next, the man with the horse would skid (pull) the log to the skidway (an inclined platform on which logs are piled.)

Rain or shine… or snow 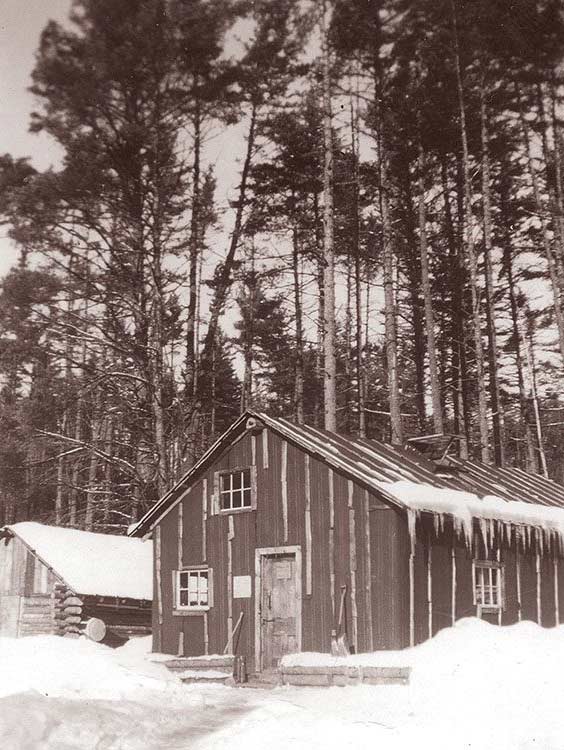 We had to walk over a mile from the camp to our job site. We ate our lunch at the site, where a large fire would be burning, boiling water for tea. The lunch meal was usually bologna, bread and tea. When it was -20°F, we’d warm our fronts first, then turn our backs to warm up. We ate our lunch very quickly!

Many of the men would go home at Christmastime and return to the camp in the new year.

Despite the fact that the snow was very deep by then, it was time to draw the logs to the river. Two or three men would have prepared the roads, which were usually dry creek beds, for hauling. The sleighs would be readied, and the horses shod with sharp cleats to handle the hard-packed roads.

A jammer—a crane mounted atop the sleigh—was used to load logs up onto the sleigh. Each driver used their team to pull a cable, bringing the log onto the sleigh and a man called a top-loader would put it in place. The driver would then head off to the Ottawa River.

At the river, the driver had to knock the hooks from the two chains holding the logs in place. The back one was easy, but the front was dangerous. It allowed the logs to fall down on to the ice, so the driver had to be ready to quickly jump out of the way of falling logs. He would then roll the rest of the logs off, and go back for another load. 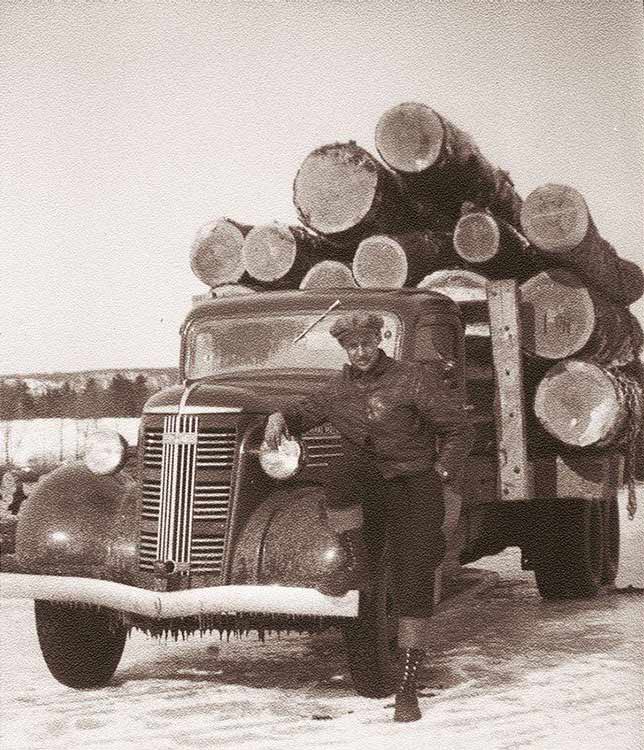 There would be about eight or 10 skidways in the area, so if the snow got too deep, the road would have to be plowed. It took about six weeks to get all the logs to the river.

When the ice melted, the logs would drift more than 60 miles downriver to the sawmill at Braeside, a little west of Arnprior.

A large boom would be set up to hold the logs in place, while the sawmill was readied and men hired for the sawing.

And that’s how lumber was prepared for sale to the public back in the day.

This was my first adventure away from the family farm; it taught me the value of hard work. Also, experiencing the very cold temperatures of an Ottawa Valley winter gave me an appreciation for the comforts of home. Thank you for allowing me to share my memories of my long-ago logging camp experience.