A Day in the Life of a WHM Volunteer at the E. B. Eddy Mill, Part 1

For over 150 years, the E. B. Eddy paper mill was the site of ever-expanding industrial activity. It grew to a sprawling hive of buildings that bestrode the Quebec and Ontario sides of the Chaudière Falls, employed thousands, and turned trees into an astonishing variety of paper products. Then, in 2006, the mill closed.

In the years since, in the vast halls where for decades machinery had hummed and roared, the silence was deep enough that the echo of a single footstep would reach dozens of empty rooms. Now, however, there are new sounds: the soft whirr of camera shutters, the scrape of tripods against concrete, the riffling of log book sheets, and the bleep of a laser range-finder.

Twice a week since July 2014, a team of volunteer photographers and videographers organized by the Workers’ History Museum has been recording the buildings, which are decades and in places over a hundred years old, to create a detailed visual record of a complex that is one giant historical artifact; a place of work for generations of engineers, mechanics, chemists, salesmen, forklift operators, and all the dozens of other professions needed to make paper on a huge scale.

It is a race against time. Windmill Corporation is shortly to commence refashioning the complex into offices, condominiums, and public spaces. They will incorporate as much of the existing historical buildings as possible, but many are structurally unsound and will have to come down. Those retained will be refashioned for purposes very different from their past. 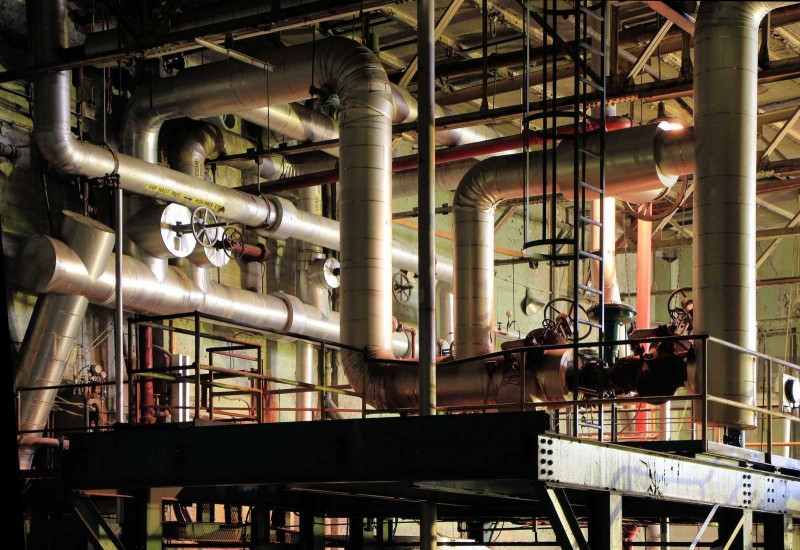 A control platform where steam flow was monitored gleams in the light of nearby windows.

Conscious of the history and heritage of the site, and determined to preserve it as far as possible, Windmill (and the current owners, Domtar) welcomed a WHM proposal for an unusual, possibly unique, archival project to visually record all the dozens of buildings on site, frozen in a moment just before they are to disappear or change.

Imagine if a complete image and video record had been made of an ancient Roman military camp only hours after the site was abandoned. It would be a historical treasure. By marshalling the efforts of a score of photographers and historically minded assistants, that is what WHM is creating for the E. B. Eddy mill complex.

Like an archaeological dig – indeed, the project has been referred to as “industrial archaeology” – the images and video will enable the reconstruction, and understanding, of the environment in which workers of the 20th century functioned. Future researchers and historians will be better able to establish how industrial buildings were constructed and extended over time, and discern how safety, electrical, steam heating, and other systems functioned. 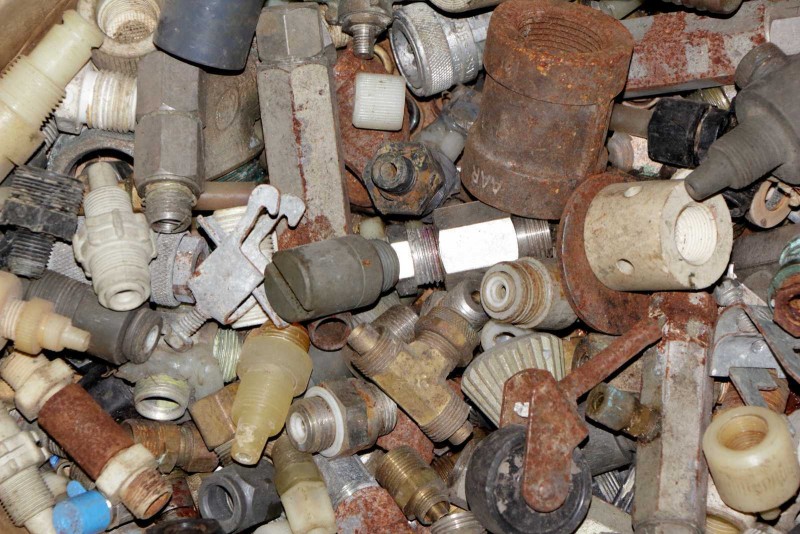 Several boxes with contents like these were found along the main paper production halls. They are probably cast-off parts that accumulated as the great machines once housed there were dismantled for shipment after being sold.

For the next three weeks, we’ll share the stories of these people who gamely spend sometimes exhausting days in often dark, dusty, and damp spaces, and to the images they’ve captured. See you next Wednesday!