How did Americans, the military, and the railways influence the development of jobs in early Ottawa? Answers were provided Sunday, 7 May 2017, when the Workers’ History Museum sponsored a guided labour history walk. Participants started at the Bytown Museum, went north to the Ottawa River, south along the Rideau Canal, then up to Confederation Square as part of the Jane’s Walk weekend.

Tour guide Bob Hatfield explained: “This is a pilot of a WHM / Bytown Museum walk, which we will give from July to October of this year as part of Canada’s sesquicentennial celebrations.” Bob developed the tour, with research from Kira Smith, Ken Clavette and Linda McLaren.

WHM President Arthur Carkner and Secretary Bob Allen, who will be leading some of the tours later this year, were marshals at Sunday’s walk. 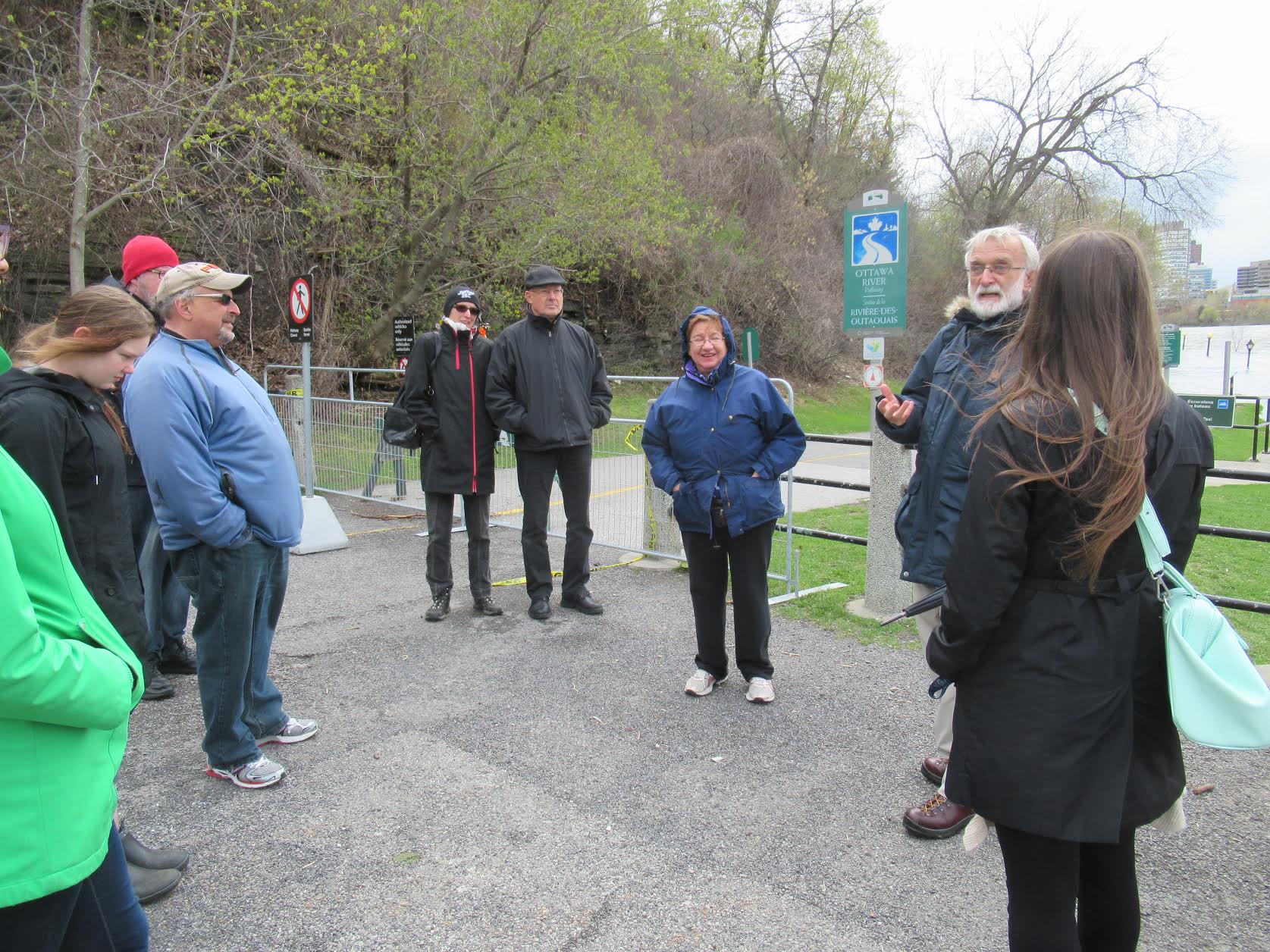 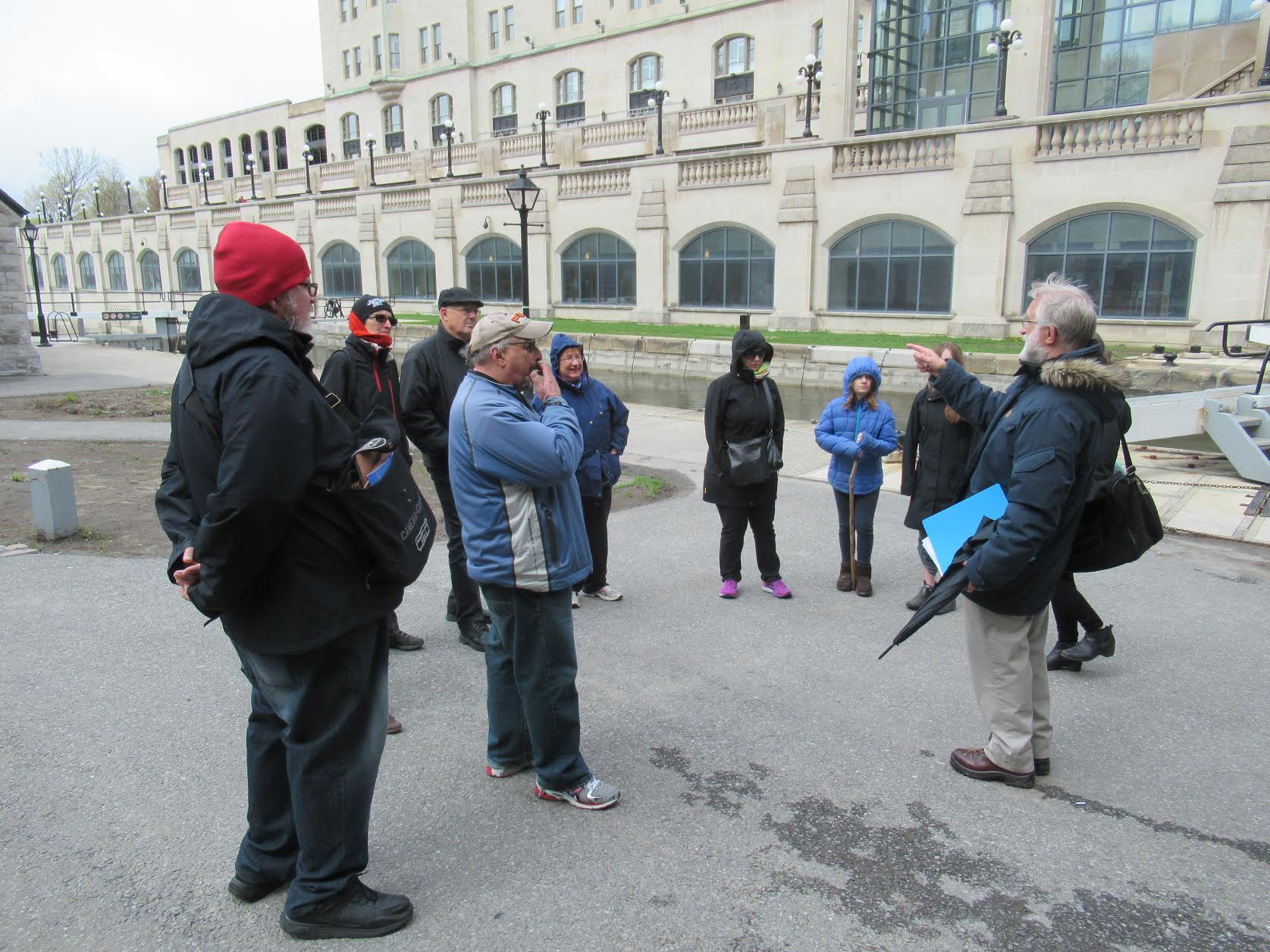 “The bodies of workers killed building the Rideau Canal will be reinterred in September, 2017”