You Can’t Do That on Television!

Notable for its sketch comedy, and the career launching of many young Canadian artists, the theme of the popular 80’s Ottawa TV show called “You Can’t Do That on Television” is a featured track on our National Press and Allied Workers’ Jazz Band CD. The band was brought to the studio to re-record the song for the theme for the show. The song is available now at our boutique! 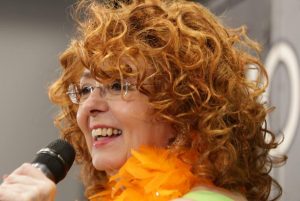 Pictured here in front of the actual school lockers from the show is actress and original cast member, Abby Hagyard (mom), who recorded a pilot for a new show called, “15 minutes with Abby” at ComicCon.