A Day in the Life of a WHM Volunteer at the E. B. Eddy Mill, Part 3

In past entries, I’ve told you what a typical day at the E. B. Eddy mill is like, and what equipment we use. In this entry, I’ll briefly describe how we document the process so that the visual and other data collected will permit accurate digital reproduction of the entire complex of buildings or any tiny detail a future researcher needs to resurrect. Then, I’ll reveal some of the unexpected wonders we have encountered along the way.

To assure scale can be determined, the assistants and photographers spend much time propping tape measures up against objects to be photographed. Those who record the walls and ceilings use a pair of hand-made two-meter versions of a yard stick which appear at least once in every wall sequence. 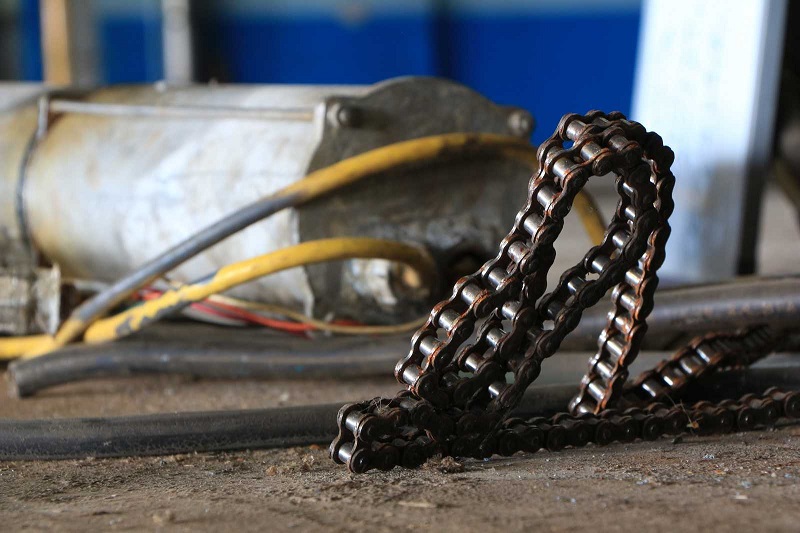 While the floors are mostly bare, occasional cast-off parts and even workers’ clothing, can still be found.

Log sheets have fields for room dimensions (determined by the laser range-finder), camera type, lens focal length, and in the case of the overviews, camera distance from wall and laterally between images. This is where the assistants come in. As the photographer is taking an image, they hurry ahead to the next spot, pacing off with tape measure or laser range-finder the spot where the next shot in the series can be taken. They also nudge the photographer for the other details, frame numbers, and so on for the log.

It is a complex series of steps, and must be endlessly adapted to fit the variables of each location, but the veteran crew after a few weeks works without confusion and minimal discussion, and splits off and organizes into groups with only the briefest suggestions from the WHM rep. Again the eerie link to the past surfaces. It is almost as if the volunteers are absorbing from the walls the spiritual imprint of experienced teams of mechanics who once swarmed with little discussion or hesitation to bring a failed winder back online. 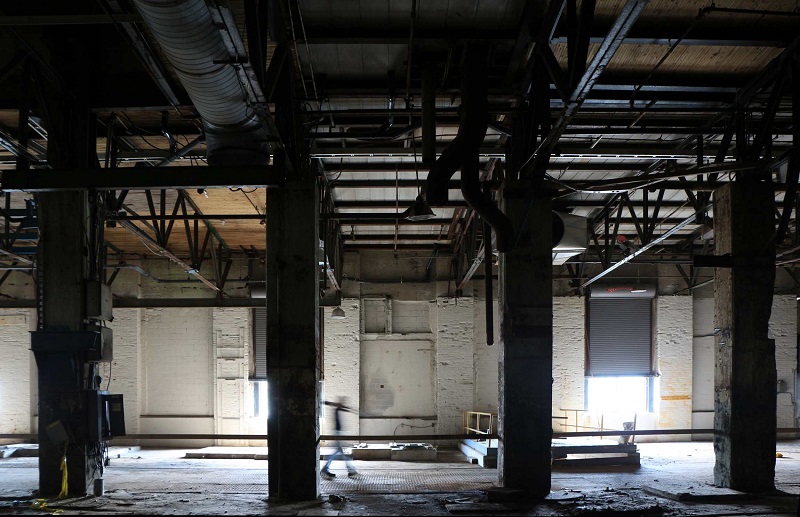 Rendered ghostly by a long exposure, a volunteer strides down the former production line.

All this meticulous bustle occurs in environments which vary enormously. There are offices in which documents, calendars, and even a newspaper dated the month the plant closed still lie on desks, and elaborate engineering diagrams of vanished production machines grace the walls. There are dark corners in which water drips into a pool which may be inches or meters deep. (Well, we hope it is water!) Here is a washroom where one steps over a long-dead…well, something “avian” to record for posterity a stall that features a jet-black toilet bowl with a stencilled sign on the brick above it admonishing ironically “Keep this toilet clean!”

There are tens of meters-long tunnels lined with steam or liquid pipes and electrical and digital cable. They run under floors, streets, or parking lots to multi-story underground pump rooms or whole buildings invisible from the surface above. (Needless to say, every volunteer carries a flashlight; most have powerful miner-style headlamps.) There is an alcove in which an elaborately crenulated Victorian-style circular stair leads upward to… nowhere, just the concrete ceiling. 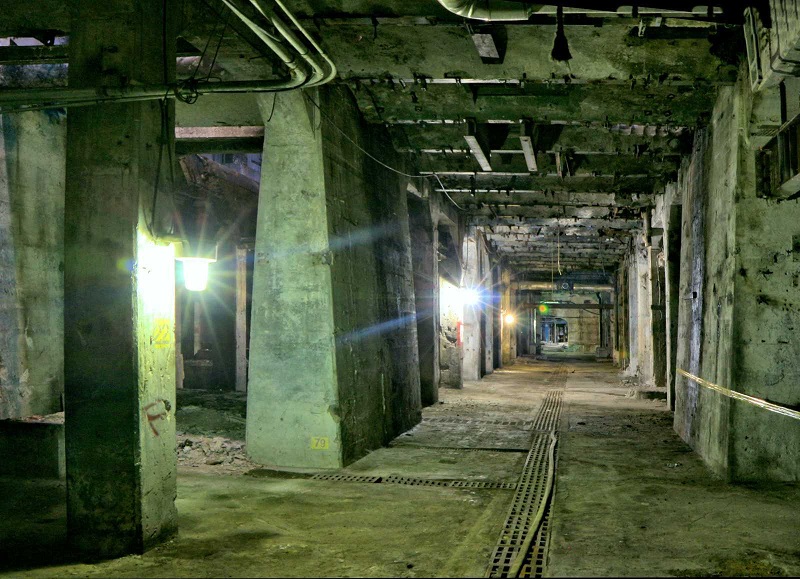 A vast long hall lit by cathedral-sized windows once housed a series of rolling and processing machines, each the size of a cottage. They have long since been sold and removed. (“How?” we wonder.) Their place is marked by a prominent and somewhat intimidating series of rectangular holes in which they were mounted, holes through which the basement is visible, 20 feet below. And what a basement! Four ranks of 20-meter-thick columns, arrayed into the distance, with bands of light and shadow from the few arc-lamps still functioning. It gives a medieval air to that lower level; volunteers would be only mildly surprised if a dragon in pursuit of a princess dashed suddenly towards them from amongst the dim columns.

The exteriors are not neglected. Each building’s side and even the roofs receive the standard dual overview-and-detail treatment. In addition, one volunteer has provided aerial photography using a surprisingly sophisticated system that lofts a camera on a kite string. Controlled from the ground, it provides not only overhead survey shots, but also dramatic views of the site in the context of the surrounding river and city. 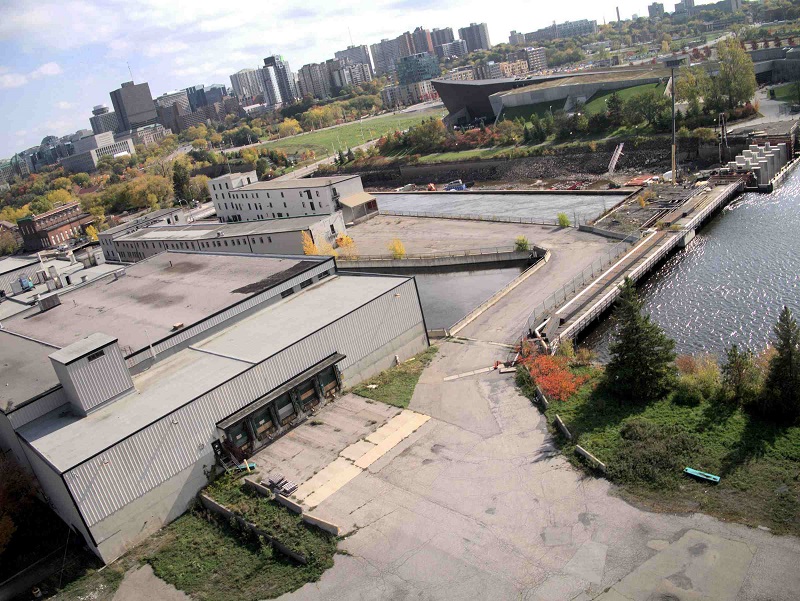 Standing on those roofs, with the vista and thunder of the Chaudière Falls before us, and the historic core of Canada’s capital behind us, we are unavoidably conscious of standing in a stream of time. Its current has carried by this place Algonquin fishermen, explorers, coureur des bois, generations of lumber barons, lumbermen, railwaymen, and mill workers – and now ourselves, for an oh-so-brief moment. Still upstream in time are generations of office and shopworkers and condo-owners, and people after them unknowable to us, who will all still see the Falls, and some remnants of the mills, helped perhaps by our efforts.

Tomorrow, in the final entry in this series, I will say a little more about what it is like to be part of our volunteer team, and what uses the vast image collection might have.