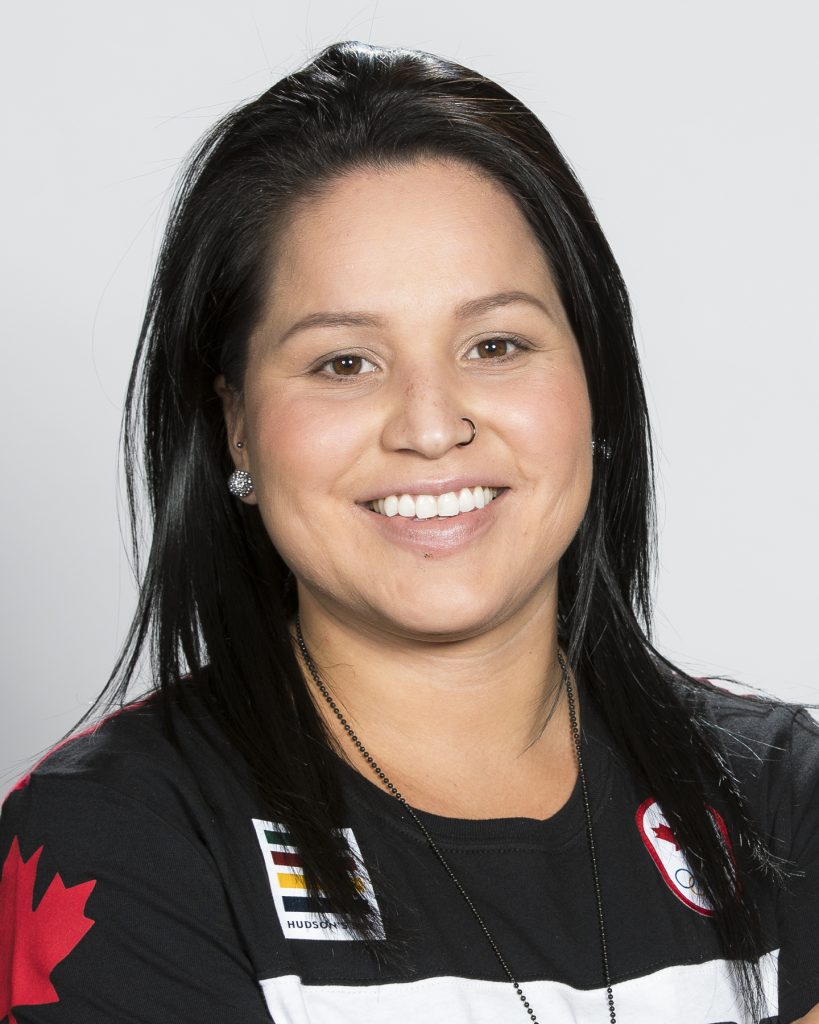 Brigette began her competitive hockey career when she joined the National Women’s Under 18 team in 2008, playing defense. She continued playing at the University of Manitoba, then the University of Minnesota-Duluth, where she obtained her Bachelor of Arts degree. After missing her chance at the 2014 Sochi Olympic Winter Games, she played with the Calgary Infernos CWHL team in 2015. She re-emerged victorious in making the National team for the 2018 PyeongChang games, where she and the team finished with the Silver medal.

Brigette has noted that she faced racism on the ice her whole life, and she used the sport to break barriers as well as overcome her own insecurities. There were no First Nations female heroes in hockey when she was growing up, so she has become one for future generations. She is also involved in the Circle mentorship program for Classroom Champions, which brings together Indigenous youth and athletes.