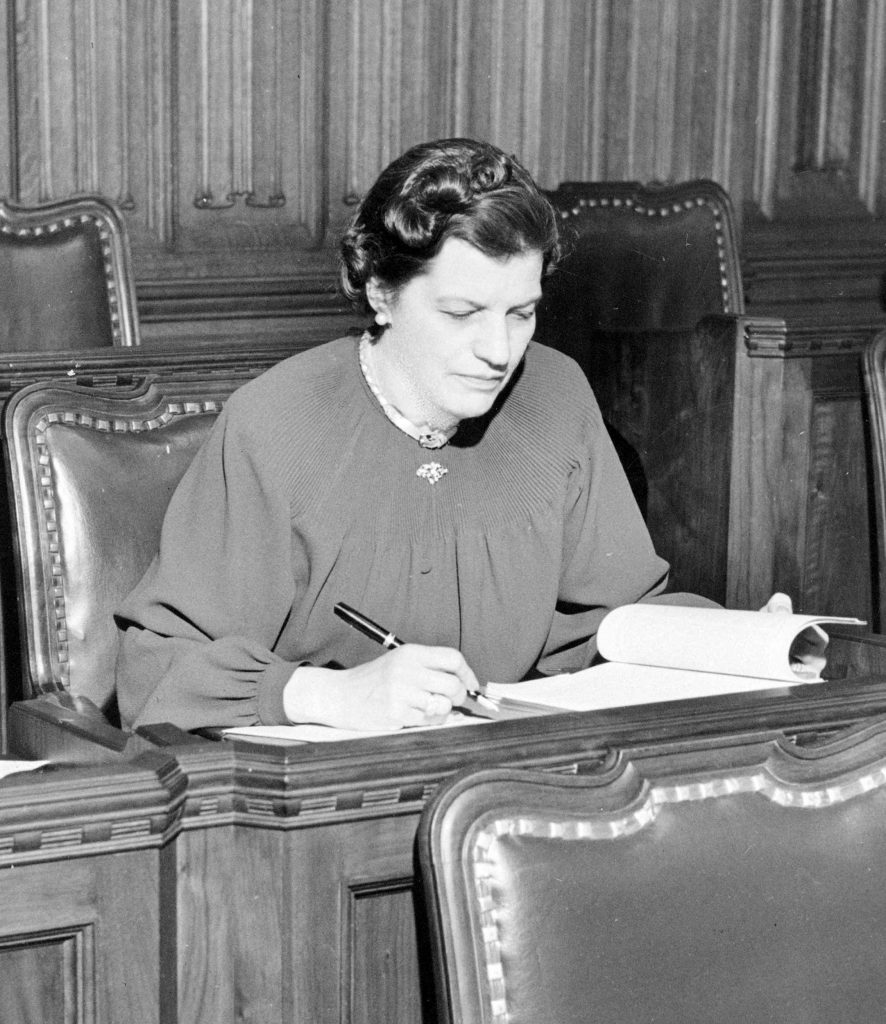 Cairine Reay Wilson was the first woman in Canada appointed to the Senate. Cairine was influenced politically by her father, a senator for Alma, Quebec, and later her husband Norman Wilson, an MP for Eastern Ontario. After a few years filling the roles of wife and mother, she realized that she wanted more. In 1921, she turned to politics, and began working as the Joint President of the Eastern Ontario Liberal Association.

Through her early days in the Liberal party, Cairine helped the causes she was passionate about: women and education. She established and became chairman of the Women’s Liberal Club, as well as helping establish the National Federation of Liberal Women of Canada. She also worked to establish the Twentieth Century Liberal Association, encouraging young people to contribute to current events.

On February 15, 1930, just months after the Persons Case had been won at the Privy Council, Prime Minister William Lyon Mackenzie King appointed Cairine to the Senate. In her early years there, she focused on women entering politics. She held maternal feminist beliefs, and helped obtain suffrage for her home province of Quebec. Through this position, she also became the first woman to take the Speaker’s chair in the Red Chamber in 1955.

As a strong believer in collective security, Cairine was passionate about the League of Nations, and was a dedicated member of the League of Nations Society in Canada. When the League disbanded in the wake of the Second World War and the United Nations took its place, she helped establish the United Nations Association in Canada. Called the “Mother of the Refugees,” Cairine’s greatest passion was the refugee cause. In 1938, she helped establish the Canadian National Committee on Refugees after her strong opposition to the Munich Pact.

Cairine was recognized for her relentless efforts, receiving honorary degrees from Acadia University and Queen’s University. In 1950, she was presented with the Cross of the Knight of the Legion of Hounour, one of the five classes of the highest medal awarded in France.

Cairine viewed her primary position in life as that of a wife and mother. However, through her life’s work she touched people across Canada and across the globe. She believed in Liberalism as a way of life created through a balance of humanitarianism and practical ideals. She used politics as a way to make strides for those in need and believed the world could work together for peace.