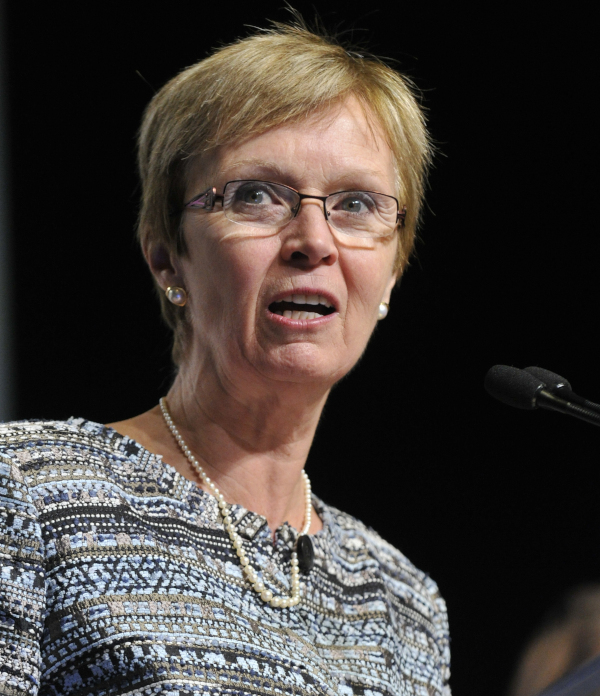 Nycole Turmel was the first woman in the Public Service Alliance of Canada’s (PSAC) history to be elected National President. Nycole came from a family that was passionate about social justice, which influenced Nycole her whole life. By the late 1970s this drive began to take the form of union work. Shortly after being hired with the federal government in 1977, she saw the injustices in her workplace and decided to join her local union. There she found a sisterhood of women, who helped each other rise through the ranks of the male-dominated union industry. Nycole held a variety of local, regional and national positions in the PSAC’s Canada Employment and Immigration Union (CEIU), including National Vice-President of Québec and alternate National President while working as an Employment Counsellor Assistant in Alma, Québec. In 1990, she was the first person to be elected to the new CEIU National Executive Vice-President position.

Nycole was passionate about women’s place in the union, though her sense of social justice went beyond women’s issues and she was an active advocate for all groups seeking equity in the workforce. She was hard working and always strove to accept others. Throughout the 1990s she rose to the national level of the PSAC, serving terms as Fourth and First Executive Vice-President and then as National Executive Vice-President. Eventually her hard work paid off, and on May 5, 2000, Nycole was elected the first female National President of the PSAC.

Nycole loved her job, and, as leader, made huge strides for women, minorities and the PSAC. She worked tirelessly to win a $3 billion settlement against the federal government, as a result achieving pay equity for female civil servants. She also oversaw the establishment of the National Aboriginal, Inuit, and Métis Network (NAIM), and sat as co-chair of the network.

She did not limit her passion for social justice to the PSAC. Nycole has been an activist for the United Way since 1992, as well as playing a role in the Public Services International. There, she aimed for the goal of including women in unions at every level across the globe. Since 1991, she has also been a member of the New Democratic Party. After six years as President with the PSAC, she retired and turned to politics.

In the 2011 Federal Election, Nycole won the seat for Hull-Aylmer, helping the NDP become the Official Opposition for the first time in history. Later that year when leader Jack Layton stepped down, she was chosen as the interim leader of the NDP. She held this post until March 2012.

In 2006 Nycole was awarded the Mitchell Sharp Award for Meritorious Service. She is remembered from her career as being a great leader who took the time to listen to all, caring about equity and maintaining connections to the grassroots of the organizations with which she faithfully worked.