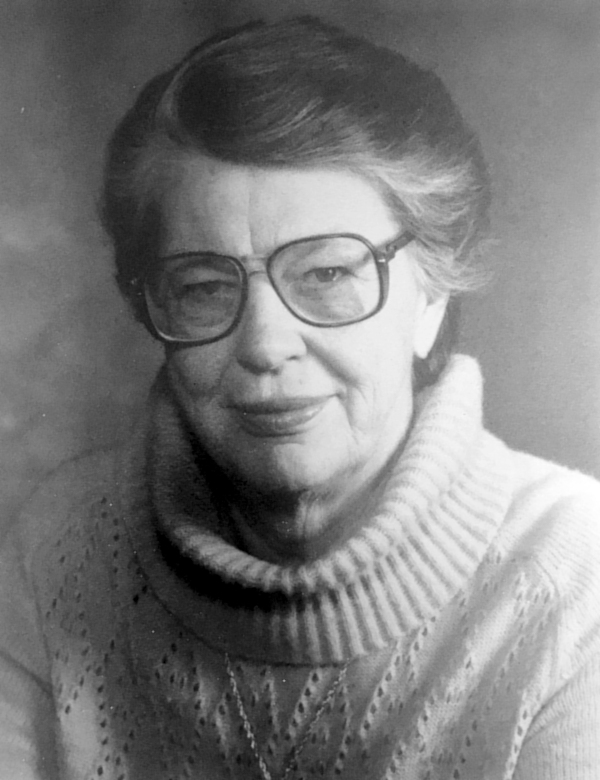 Pauline Jewett was the first woman to be head of a major co-educational university in Canada. As a child Pauline was influenced by her family’s openness to debate and dreamed of becoming a politician. She received her undergraduate and master’s degrees from Queen’s University and completed her PhD in Political Science at Harvard University.

In 1955 Pauline was hired by Carleton University as a lecturer, and later assistant professor, before entering politics in 1961, when she ran for the Liberal nomination in Northumberland. She lost the 1962 federal election, but returned and won in 1963, holding the seat until 1967. That year she was made one of four Vice-Presidents of the Liberal party, but by this point her faith in the Liberal party and its beliefs had waned. In 1971, she decided to ‘cross the floor’ and become a member of the New Democratic Party (NDP), which aligned with her political beliefs and encouraged women to rise in their ranks.

Pauline turned back to the field of education after her work with the Committee for an Independent Canada. She realized the increasing importance of post-secondary institutions and actively sought out a presidency position. In 1974, she became President of Simon Fraser University, fulfilling her goal and paving the way for women everywhere.

Pauline would return to the House of Commons after winning the New Westminster–Coquitlam seat in the 1979 federal election. She held this post until 1988, at which point she retired from politics. In 1990, she returned to Carleton University as Chancellor. In her final years, she became an Officer of the Order of Canada as well as a member of the Privy Council on the invitation of Prime Minister Brian Mulroney.

Pauline faced gender-based hurdles throughout all phases of her life. For her, fighting for women’s equality was not accomplished radically. To make a difference, she sought to pave a path to make women’s entrance into academia and politics more accessible. Though she was not a self proclaimed feminist, she served as a consult to the Royal Commission on the Status of Women and was one of the founding members of the Participation of Women group within the NDP. However, her ultimate passion was for social justice, and opposing discrimination on any basis. And she believed in the power of democracy for change above all.