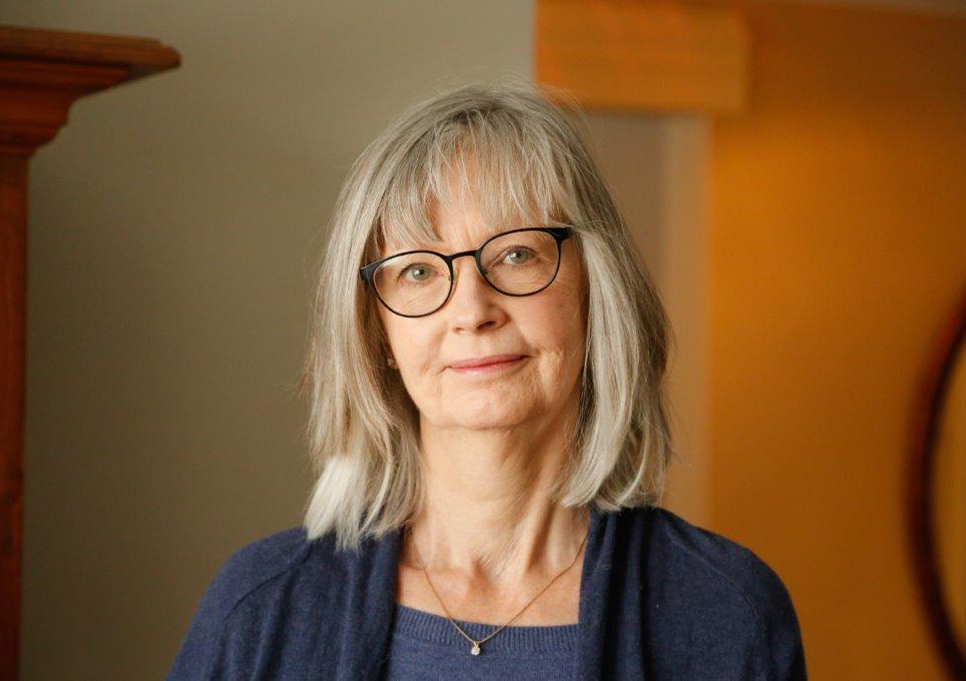 “Pigs will fly before you girls get into the nursing group”. As with many women who are dismissed in their fight for equitable treatment, this taunt only strengthened the resolve of Ruth Walden and her colleagues. It took many years, through the Public Service Labour Relations Board, the Canadian Human Rights Tribunal, Federal Court twice, and the Federal Court of Appeal with wins and losses along the way, until finally, in 2012, a victory!

Ruth Walden does not consider herself a natural public speaker, organizer, tenacious warrior for fairness but she always had a strong sense of justice. She grew up in Toronto and went to nursing school there before working as a registered nurse at Vancouver General. She was not active in her nurses’ union but was always supportive, recognizing the significant protections union membership offered.

In 1993 Ruth came to Ottawa and joined Health Canada in the Canada Pension Plan Program. She was hired along with 20 other registered nurses into positions titled Medical Adjudicators. One of the hiring criteria was proof of being a registered nurse and the women kept up their registered nursing licenses in their respective provinces.

As Medical Adjudicators the nurses were in the PM (Program Administration) category, a large federal government wide classification.

The CPP nurses worked with doctors who were titled Medical Advisors and who were classified as MDs in the Health Services category. In fact, both groups were responsible for the same work of assessing disability pension claims, which required a health profession background. Their medical knowledge was required to properly assess the various and often complex documents related to the cases of physical and mental disability. The Medical Adjudicators were overwhelmingly women and the Medical Advisors were overwhelmingly men, making twice the salary while doing essentially the same job.

Over many years several generations of nurses tried to get reclassified into the Registered Nurse (RN) category but Treasury Board resisted this, concerned about the financial implications. For the nurses the even greater issue was one of respect, the desire to be recognized for the registered nurses they were, to have their professional fees reimbursed and to have access to other nursing career opportunities within the federal government.

Around 1999 Ruth began asking questions about the situation “but the further I went the less satisfied I was”. She enjoyed her job and liked her co-workers but by 2004 Ruth was fed up with this glaring inequity. As she explained to the Ottawa Citizen in a May 2019 article ….“It seemed that the nursing profession and nurses were being treated with disregard and even contempt, that it wasn’t worthwhile to deal with our issue. It hurt me to see how it affected the other nurses. They were beginning almost to absorb that feeling too, that maybe nursing wasn’t that important. And that really disturbed me.”

When efforts to resolve the situation failed Ruth Walden filed a complaint with the Canadian Human Rights Commission. Her complaint alleged discrimination on the basis of sex and asked this question…”Why is it that when a CPP doctor makes a determination of disability he is practicing medicine but when a CPP nurse makes a determination of disability, she is delivering a program?”

Ruth led the way and then worked with her colleagues to build a cross country network of nurses working for the Canada Pension Plan and they joined her complaint.

The Tribunal hearings started in 2007 with the nurses having hired and paid for their own legal representation. The Government called many witnesses including the CPP doctors and nurses, but were unable to present compelling evidence for the different treatment. In December 2007 the Tribunal chair, Karen Jensen, issued a landmark ruling in the nurses’ favour, finding that the discrimination was a violation of the Canadian Human Rights Act.

In a Globe and Mail article about that decision dated January 17, 2008, Andre Picard concluded…” the classification of the registered nurses as administrators was based of the belief the nursing consists solely of hands-on care. This is an outmoded, narrow minded and sexist notion. Just as physicians can undertake more cerebral administrative pursuits and still be considered health professionals, so can nurses……..The real story in this ruling is not the money. Rather, it is that the contemptuous attitude displayed by the federal government is all too common.”

Unfortunately, at a further hearing on remedy the Tribunal ruled that there was no financial impact which led to a situation in which the Government appealed, the nurses appealed and the CHRC appealed!

After winning two Federal Court hearings the Tribunal ordered the government to put the CPP nurses into the nursing job category and the nurses reached a settlement in 2012. The total was more than $160 million with back pay dating to 1978. The result was that almost 1,00 current and former CPP nurses were awarded significant financial compensation and, equally important, the nurses were now properly classified as RNs.

It had been a very long battle, requiring significant time, money and energy, but over the years Ruth took strength from the other women. “Anytime I got discouraged somebody else was NOT discouraged. There was solidarity between us, we were in this together.” Thinking back on what gave her the motivation to keep fighting she says she often thought about her daughter…”Do you want her to go through this? “

For Ruth and the nurses there was only one answer. And their mascot? A flying pig of course!