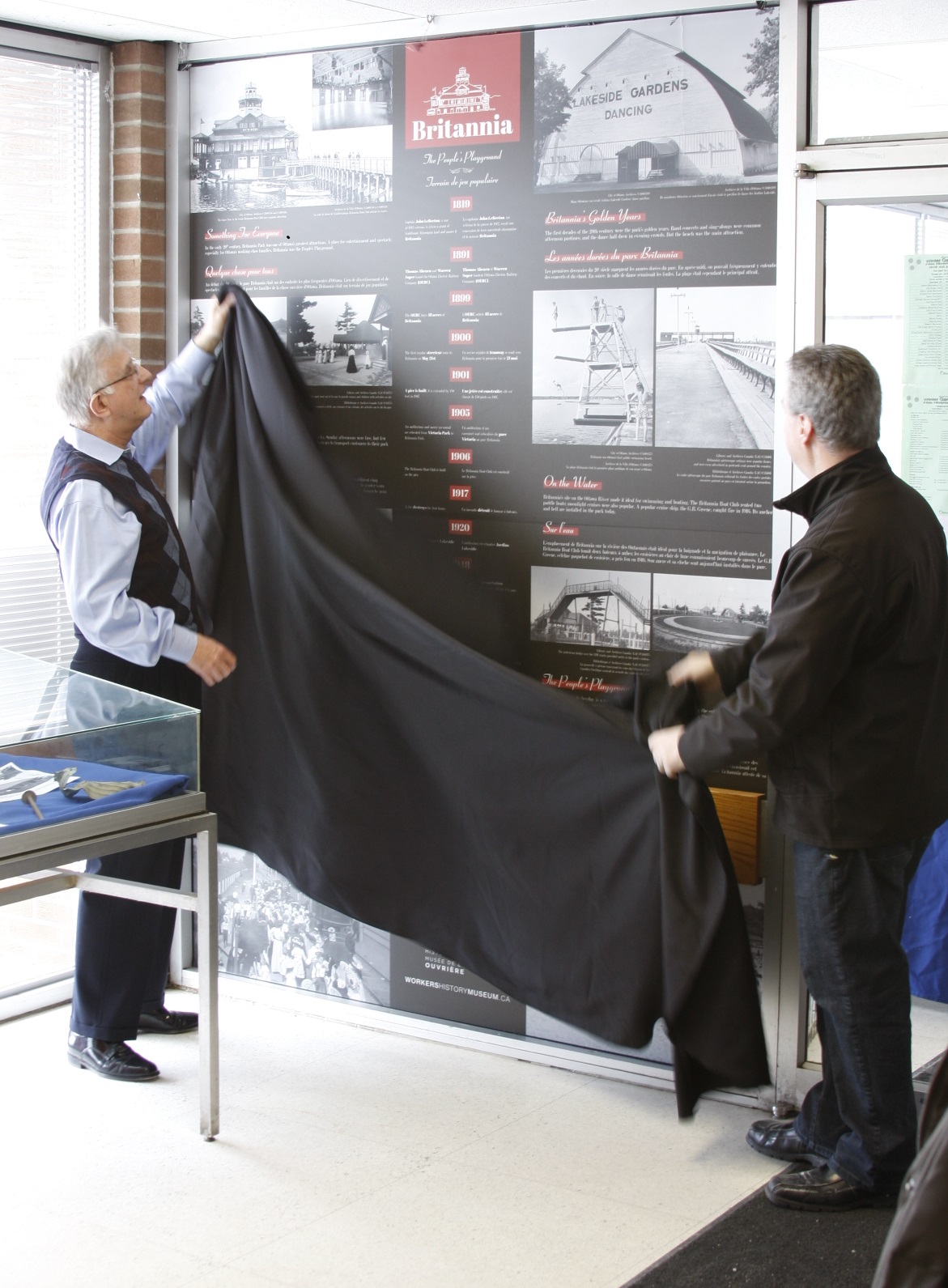 “Britannia: The People’s Playground” is a wall-sized exhibit on the history of Britannia Park. Created by Ottawa entrepreneurs Ahearn and Soper to encourage the use of their streetcars at off-peak hours and weekends, Britannia soon became the spot for working and middle class people from all over the region to attend dances, concerts, and shows. Children learned to swim at the beach and families picnicked in the grounds or enjoyed the funfair.

“Britannia: The People’s Playground” was created by WHM volunteers. Ken Clavette was the inspiration for this exhibit; he did the original research, set up the project and completed much of the early work. Sanna Guérin led the project, Christine Goneau and Emélie Perron-Clow conducted additional research, and academic support came from Bruce Elliott, John Taylor, and David Dean. Text was edited by Cydney Foote and Bob Hatfield and translated by Valérie Lalonde. The exhibit was designed and installed by André Mersereau of Chapter One Studio.

Judy McDonald from the Ron Kolbus Lakeside Centre worked hard to bring this project to completion, with financial support from the City of Ottawa. It has proven to be yet another fruitful partnership between the City of Ottawa and the Workers’ History Museum.

The WHM also has a Britannia travelling exhibit that groups may borrow for display at meetings and conferences. Contact the museum for more information.