Inside the Tin: The story of Dominion Stores 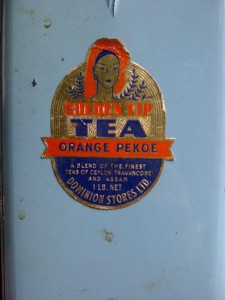 This picture shows a product from the Dominion chain of supermarkets. “Mainly Because of the Meat” went their slogan at one time (much to the annoyance of my vegan wife).

In 1978, control of Argus was acquired by Conrad Black, at a time when Dominion had almost double the sales of Loblaws and was clearly a very successful company. Black then began to strip Dominion of its assets — including its pension fund — to fund media acquisitions. As a result of these acquisitions he eventually renounced his Canadian citizenship to accept British Peerage.

Dominion of course went into a tailspin. 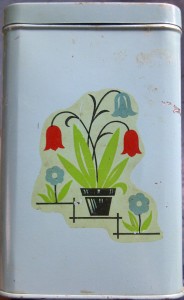 Black would eventually go to jail in the United States for fraud. (BTW. longtime McLean’s columnist Barbara Amiel is Black’s wife, so you should judge her objectivity for yourself.) Black is now out of American jail (having not served his sentence) and back in Canada.

Some assets once owned by Argus? The sad list is very long but includes: Dominion Stores, sold to the American firm A&P and renamed Metro when A&P sold its Canadian operations; Carling O’Keefe, sold to Elders Limited and merged with Molsons, now merged with Coors; Orange Crush Ltd., now sold by Cadbury plc in Canada, and owned by Dr. Pepper Snapple Group; also Crown Trust which collapsed in the 1983.